The Greens are clearly the most left-leaning of all the parties that won significant support in 2015. Whether they can repeat their performance then (3.8 per cent and one million votes) is a moot point but even if they end up down, they won’t end up out. 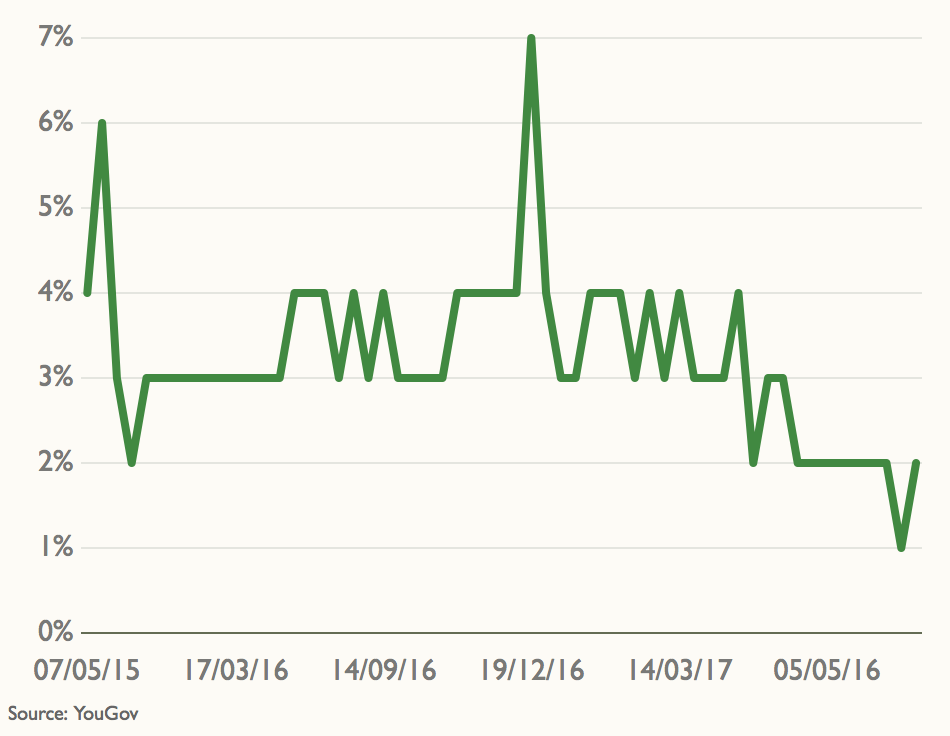 On the upside, the Greens are this year led by a more high-profile and more gifted politician in Caroline Lucas, occupier of the party’s only Westminster seat, Brighton Pavilion – a seat it should hold onto.

On the downside, the lack of a full-blown, televised leaders’ debate this time round will mean less visibility.

Many of those who supported the party last time round may vote Labour this time because, as so-called watermelons (green on the outside, red on the inside) they are as much driven by left liberalism as they are environmental concerns.

The Lib Dems may also have lost at least a little of the toxicity they picked up by going into coalition with the Tories last time, meaning they may pick up some of the so-called mangoes (green on the outside, orange on the inside) who deserted Nick Clegg in 2015.

However, while the Greens may lose votes (and are unlikely to gain additional seats) at this election, it will not make much difference to their prospects post-election.

They are, after all, used to being a small, marginalised party which can continue to function quite happily as the nation’s conscience. This is partly because of Ms Lucas and partly because the environment is a genuinely pressing problem and reluctantly acknowledged as such by most British voters.

In that sense, the party’s vote-share is largely, if not completely, irrelevant. Unless and until other parties adopt the Green Party’s radical agenda, which, given what they see as its deleterious consequences for economic growth and electoral popularity, is highly unlikely, then its niche will always be there. It may, considering the rise in the proportion of Britain’s population going into higher education, even expand over time.

I teach politics at Queen Mary University of London.
View all posts by tpbale →
This entry was posted in Uncategorized and tagged #GE2017, 2017 General Election, Caroline Lucas, Green Party, Greens. Bookmark the permalink.